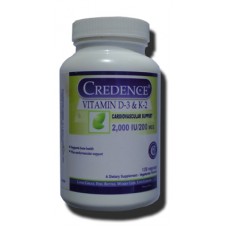 Vitamin D-3 (cholecalciferol): Research indicates that indoor lifestyles may be leading to a widespread increase in vitamin D deficiency. Scientists are discovering that vitamin D is an important hormone precursor that supports immune response and helps regulate the health of at least 20 different tissues, including the nervous system and joints. It also plays an important role in regulating cell growth, insulin levels, and bone formation.

Vitamin K-2 (menaquinone): Even though Vitamin K is known for its role in normal blood-clotting function, research has revealed that it has beneficial effects on bone and cardiovascular health in bone tissue. Vitamin K is critical for the formation of a healthy, strong bone matrix. Bone quality is dependent on the presence of adequate Vitamin K. It's role in arterial health revolves around the ability to support proper calcium metabolism in vascular structures. Vitamin K-2 (MK-7) is the most biologically active form of the vitamin. 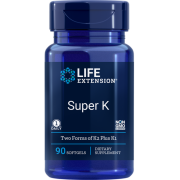 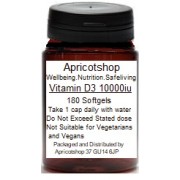 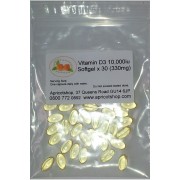